El Niño and La Niña: Their Impact on the Environment

We know that there are many anthropogenic forcings on the climate, particularly the volume of carbon and greenhouse gases pumped into the atmosphere as a part of our everyday lives. Yet there are a number of natural processes that affect local weather, regional climate and global conditions. Some effects on our climate are a result of fluctuations and anomalies in the complex water conveyor belts of the ocean currents of the world. These fluctuations are known as “oscillations” and the two best-known oscillations are El Niño and La Niña (1) (2).

The latter is the opposite of the former and make up an oscillation known as ENSO. Understanding them requires knowledge of a broad range of data from multiple disciplines. Typically, researchers who understand the processes and study their causes and effects have post-graduate degrees in such disciplines as oceanography, geography, climatology and meteorology. The phenomena and the data extrapolated from them, have applications for palaeoclimatology (the study of climate in the past), anthropology, palaeobotany and archaeology, particularly in what we can extrapolate from the changes to tree ring data (dendrochronology) (3).

Oscillations occur naturally in oceans all across the world; some have a limited impact on the regional weather and wider climate, and some have a much greater impact (4). El Niño and La Niña are examples of oscillations that have a greater impact on our climate with effects that are perhaps surprisingly felt all over the globe (5). In economies that are dependent on certain weather conditions occurring regularly and on time (annual summer rainfall, spring ice melt etc), erratic oscillations can cause problems in these areas leading to drought. Knock on effects can lead to fish migrations and economic hardship for areas that rely on fish stocks. Marginal areas suffer or thrive depending on the effects of El Niño and La Niña leading to further knock on effects elsewhere (4).

El Niño and La Niña: What Are They?

Both El Niño and La Niña are opposite effects of the same phenomenon: the ENSO (El Niño Southern Oscillation). Both are an oscillation in the temperatures between the atmosphere and the ocean of the eastern equatorial Pacific region, roughly between the International Dateline and 120 degrees west (2). El Niño - the conditions for which build up between June and December (15) - is caused by a change in the wind patterns (5). Here, the Pacific Trade Winds fail to replenish following the summer monsoons of Asia (7). This warmer air leads to an oscillation between the cooler and warmer waters, leading to warmer ocean temperatures than normal. 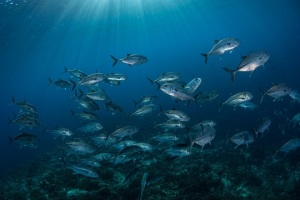 It was Peruvian fishermen roughly around the start of the 20th century who first noticed the correlation between temperature changes and anchovy stocks that led to the development of study in this area (4), though they had noticed variations in fish stock for centuries. Every three to seven years and between December and January, there is a massive tailing off of stocks of the fish that the local economy relies on (7). Why does this happen? Up-swellings from the sea bed occur in normal years that bring nutrients up to the plankton to feed on and in turn abundance of plankton is beneficial to marine life up the food chain. In an El Niño year, that swelling does not occur so the plankton is reduced and in turn, so are the fish stocks, mostly through failure to reproduce (8).

La Niña is effectively the opposite of El Niño, indicated by prolonged periods of sea temperatures in the same region (2), and the effects stated above are generally reversed. During non El Niño years, atmospheric pressure is lower than normal over the western Pacific area and higher over the colder waters of the western Pacific, as already discussed. With La Niña, the Trade Winds are particularly strong in carrying warmer water westwards across the Pacific leading to colder than average temperatures in the east and warmer than average temperatures in the west (9). The result is that plankton increases in the areas where the temperature is cooler, leading to a positive effect on the marine life that depends on plankton or depends on those creatures that depend on plankton (11).

It is commonly expected that La Niña will follow immediately on from an El Niño event, but this is not always the case (14). Typically, both occur every three to five years but they have varied anything between two and seven years. Both phenomena last anything between nine and twelve months.

How Does El Niño Affect Conditions?

Typically, it comes around every five years and what usually happens is that warming in the oceans caused by the winds leads to diffusion of this warming all over the globe. It changes atmospheric pressures with consequences for rainfall, wind patterns, sea surface temperatures and can sometimes have a positive, and sometimes a negative effect on those systems (4). In Europe for example, El Niño reduces the instances of hurricanes in the Atlantic (8). The beginning of the El Niño system will be seen over North America in the preceding winter (2); typically they include:

• Mild winter temperatures over western Canada and north western USA
• Above average precipitation in the Gulf Coast, including Florida
• A drier than average period in Ohio and pacific northwest 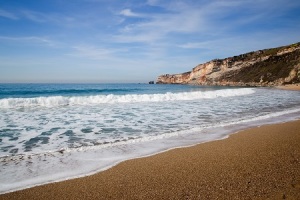 The effects of El Niño can sometime be erratic and are not always be predictable. For example, conditions at the start of 2014 were remarkably similar to the 1997/8 ENSO event and so therefore it was expected to be an El Niño year. Yet, as late as August, the initial warning signs were not appearing in the atmosphere to precede warming in the oceans meaning that the likelihood of El Niño occurring was dropping off but not entirely eliminated (5). Whether this is another effect of climate change is yet to be seen. However, some oceanographic institutes still predict that El Niño will take place in the autumn months, pointing to warming throughout August and the sometimes late nature of the development of El Niño (6).

How Does La Niña Affect Conditions?

Like El Niño, it too affects atmospheric pressure and temperature, rainfall and ocean temperature. In Europe, El Niño reduces the number of autumnal hurricanes. La Niña has less of an effect in Europe but it does tend to lead to milder winters in Northern Europe (the United Kingdom especially) and colder winters in southern/western Europe (12) leading to snow in the Mediterranean region. Elsewhere in the world, areas that are affected by La Niña experience the opposite of the effects they experience with El Niño (9). It is continental North America where most of these conditions are felt. The wider effects include (1):

• Stronger winds along the equatorial region, especially in the Pacific
• Decreased convection in the Pacific leading to a weaker jet stream
• temperatures are above average in the southeast and below average in the northwest
• Conditions are more favourable for hurricanes in the Caribbean and central Atlantic area
• Greater instances of tornados in those states of the US already vulnerable to them

In the western Pacific, the formation of cyclones shifts westwards which increases the potential for landfall in those areas most vulnerable to their affects, and especially into continental Asia and China (13). There is greater rainfall in the west too, especially in Australia, Indonesia and Malaysia (10) and further westwards toward the southern countries in the African continent. Consequently, over the US and Canada there will be lower than average precipitation and this pattern follows the coast southwards where the western portion of South America will also experience lower than average rainfall.

How El Niño and La Niña will change or affect climate change in the future is now of tremendous importance thanks to the known effects over the last century or more - and the conditions are still not very well understood, though the phenomenon has been known since the early 1600s (2). For climate scientists, this is a grey area as to whether it will have an impact on the climate, or whether they will be affected by climate change (14). Some recent research has suggested that the effects of the ENSO will worsen as the climate changes (16).

It is important for lives and livelihood, for economies and insurers to understand the potential for damage caused by extreme weather such as El Niño and La Niña so their continued study is of vital importance. Historical records have built up to the point that researchers have a clear idea of what the likely effects of each ENSO is likely to be in any given year. A paper in 2013 compiled the effects from records going back 700 years and how they have impacted global conditions in this time (2). The question is not settled, though many scientific institutes have devoted much time to the study of the ENSO (15) and conflicting data says that ENSO may become the increasing norm.

Matthew Mason
MG Mason has a BA in Archaeology and MA in Landscape Archaeology, both from the University of Exeter. A personal interest in environmental science grew alongside his formal studies and eventually formed part of his post-graduate degree where he studied both natural and human changes to the environment of southwest England; his particular interests are in aerial photography. He has experience in GIS (digital mapping) but currently works as a freelance writer as the economic downturn means he has struggled to get relevant work. He presently lives in southwest England.
Latest posts by Matthew Mason (see all)

Why Environmental Engineering Is Vital for Our Future

Microbiology: Tiniest Lifeforms Under the Microscope

The Environmental Impact of Roads

Most of us remember the simplified version of the water cycle we are taught in elementary school in which water from the ocean is heated and evaporated by radiation from the sun, transported over land where is cools and condenses...