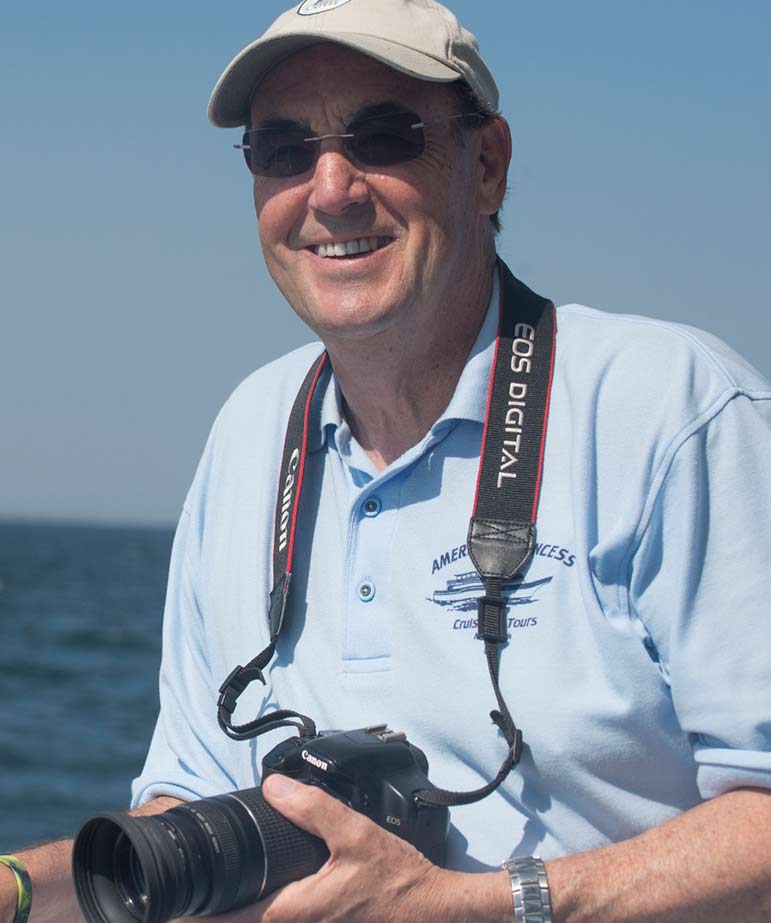 I was STRUCK by the excitement of Jacques Cousteau and the wonders of the underwater world. 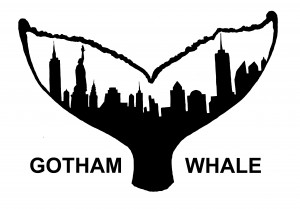 Stationed on New York's Staten Island, Paul Sieswerda is the Executive Director of New York's Gotham Whale - an advocacy group that combines citizen activism with science by collecting marine research data throughout the area. Growing up, Paul discovered his passion for marine life as a recreational SCUBA diver and spent much of his working life working with aquariums. After retirement from that field, Paul founded Gotham Whale under the Staten Island Zoological Society and works on expanding his organization from year to year.

Paul, please tell us about your career.

My current work is study, understand, and advocate for the marine mammals that have recently returned to the waters around New York City.  I am the Executive Director of Gotham Whale, a fledgling organization developing a Citizen Science project to collect sighting data of seals, dolphins, and whales in our area.  This work is to build an organization of volunteers, manage a catalog of individual humpback whale photographs, and to grow this enterprise into a self-sustaining research and advocacy group.  New York is the busiest port on the eastern seacoast, with proposed plans for wind farms, an LNG terminal, dredging for the onset of supertankers, and other anthropogenic activities that may conflict with the marine mammals that have so recently come to inhabit the Western New York Bight.  All decisions that inevitably will have to be made to accommodate these sometimes conflicting interests will start with “Where are the animals, and what are they doing?”  The work that Gotham Whale is undertaking will help answer those questions.

Our work is to understand a phenomenon that is as exciting as it is new.  Whales are being observed so close to New York City that the skyline of Manhattan is within sight of their feeding grounds.  This has only been documented since 2011 and each year the numbers of humpback whales has increased dramatically.  We are working to understand the causes.  Our observations have shown that the area is becoming a feeding ground.  Menhaden, the prey species, have increased over past years.  Their numbers are due in part to a cap that was legislated to reduce the total allowable catch along the east coast.  Gotham Whale is working with advocacy groups such as the Herring Alliance to maintain this reduction of prey species catch.  The whales, as a top predator, are a dramatic indicator of the health of the underling food chain, and the health of the waters in general.  Our work shows evidence of improving conditions in the waters around New York City and we are working to keep the improvement continuing.

When you were young did you dream of having a career involving the ocean?

Having no more interest in things oceanic than liking to go to the beach and swimming than most kids.  My interest in the ocean and its animals seemed to come out of nowhere.

I was STRUCK by the excitement of Jacques Cousteau and the wonders of the underwater world.  I wanted to become part of the exploration of what was then “The New Frontier”, as new and exciting as the space programs.  I was afforded the opportunity to explore this world through my work at both the New England Aquarium and at the New York Aquarium.  That work put me literally into the ocean in a number of exotic places around the world.

Did you have any mentors?

A particular mentor, was the director of the New England Aquarium, Dick Jandl, who gave me the opportunity to learn and more importantly, he instilled an understanding that preforming with a sense of excellence in small things will lead to success.

Try to do every task with a sense of excellence; add a flourish, if you can, to the simple things; and “pick up the heavy end”.

Why did you enter your field?

A sense of discovery in a new field was my initial interest in the oceans.  As mentioned in the above section, I had no sense of this during my childhood.  The times during my young adulthood were all about exploration- the Space Age, and while less well known, was the exploration of the oceans.  There was a ‘man in the sea’ program and many companies were developing ocean science divisions to take part in this exciting new field.  I was caught and pulled into this world, first as a SCUBA diver and then as a professional working at an aquarium.  There probably was no better way to get INTO the ocean than the career I found.  My work has taken me to the Philippines, Alaska, Africa, the Bahamas, and allowed me work of discovery in diverse areas.  I retired from the aquarium field and have been working harder than ever building this new venture to study whales around NYC.

Your work is exciting! It sounds like you are busier than ever! What is currently going on at Gotham Whale?

Gotham Whale collects data from observations on board the whale watching vessel, The American Princess.  This is a unique platform to be able to get out on the water to record sightings.  We note the species, the number of animals, the latitude and longitude, and any behaviors of interest such as feeding.  We also take photographs to aid in the individual identification of the humpbacks.  The humpback whales have unique patterns on the underside of their flukes.  We catalog these photographs to record the animals as individuals, much like fingerprints are used for humans.  My work is to maintain this database and share it with other researchers who have been doing similar work in the Gulf of Maine, Bermuda, and in southern waters off the Dominican Republic where the whales go to mate and give birth.  These data give a picture of the humpback’s migration and local behavior.

However, this work is overwhelmed by the efforts to build the Gotham Whale organization.  We are an all-volunteer group working under the auspices of the Staten Island Zoological Society, a 501 (c) 3 corporation.  Through this entity Gotham Whale is able to apply for funding grants and we hope to expand our efforts on a sustaining basis.  The work of building this entity is as demanding as is managing the research.  With funding we hope to broaden our abilities.

What does it take to thrive in this career field?

To thrive in this field a sense of discovery is essential.  When there is a new and exciting discovery to be made, the dirtiest, most difficult, and sometimes smelly work is simply a means to the end.  Whale research can involve animal interactions that are demanding and not always cute and cuddly, so a sense of doing what is necessary is important.  A flexibility to adapt to unique situations is also a must.  Often our work is being done for the very first time and one needs to implement as the situation develops.

What makes your work and Gotham Whale stand out in the field of environmental science?

Gotham Whale is the ONLY research group currently monitoring the marine mammals around NYC.  Our work is building a picture of the population of seals, dolphins, and whales in this area of high human activity.  We have demonstrated that the area is a new feeding ground for humpbacks, and that the prey species is menhaden, Brevoortia tyrannus.  Our work also documents that the whales are regularly in the shipping lanes into NY Harbor and that the proposed LNG Port Ambrose is adjacent to one of the most active feeding areas of the humpbacks.  Our data makes the developers and overseeing agencies cognizant of the whales’ presence with appropriate concern for the welfare of these protected animals.

What gets you excited about your job and why?

Big Whales – Big City!  Gotham Whale is the first to monitor and record this new and exciting phenomenon.  This is important work for the conservation of the whales and we are pioneers in the study of such magnificent creatures.

What one thing would you like to see changed in your field?

The catch-22 of breaking into the complex world of funding grants.  As a small and fledgling organization, we are in competition for funds with other established organizations in other areas.  Start-up funding is difficult for a not-for-profit, whereas crowdsourcing is easier in the profit world.  It would be good for some foundations to offer funding for “venture” not-for-profits.

What would you say are the most exciting breakthroughs in your field as of late?

I think that our documentation of the humpback feeding ground around NYC is as exciting an event as any in the field.  The humpback population distribution is fairly well known throughout their traditional range.  To see a feeding ground within sight of Manhattan is new and remarkable.  This shift, and we have documented whales that were known to the Gulf of Maine are being seen in NYC waters, may be an indicator of other large scale changes.  We may be seeing the beginning of even greater changes.  Our work will be on that cutting edge.

What do you hope to have accomplished by the end of your career?

Since this is the beginning of a brand new career after retirement from a 40 year career in the aquarium field, my objectives are simple.  I hope to build a self-sustaining organization, Gotham Whale, that will bring a new generation of young people working to understand and preserve the fabulous underwater world and the whales that have come to the Big City.

What advice would you give someone who wanted to follow in your footsteps?

Try to do every task with a sense of excellence; add a flourish, if you can, to the simple things; and “pick up the heavy end”.